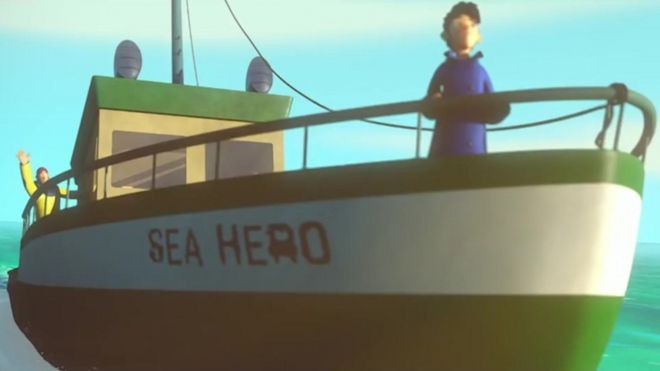 Scientists have developed a virtual reality computer game as part of the world’s biggest dementia research experiment.
It is designed to test one of the first things to go with dementia – the ability to navigate.
The original smartphone app had 3 million players, but the move to virtual reality should allow scientists to investigate in greater detail.
Alzheimer’s Research UK says the goal is a new way of diagnosing the disease.
In the virtual world of Sea Hero Quest VR you captain a boat.
The challenge is to use your sense of direction to chart a course through complex waterways, desert islands and icy oceans.
And even feed hotdog-loving sea monsters. 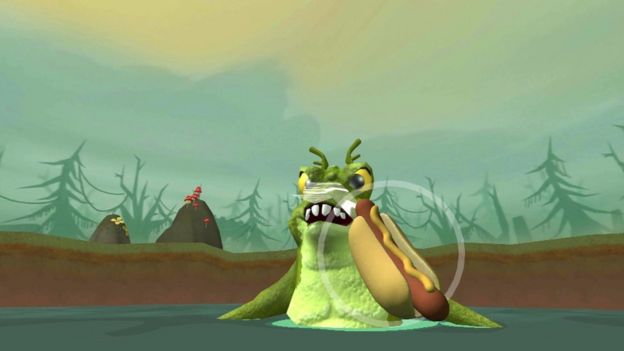 But it is not only a game. While you play, anonymous data will be collected and, later, assessed by neuroscientists.
Max Scott-Slade, from the computer game developers Glitchers, worked with research scientists at University College London and ETH Zurich.
He told the BBC: “It’s interesting to try to make something that’s normally quite a boring subject matter, and lab-based, and bring it to the public and make it as fun as possible.
“The value for us is to create this much richer dataset, we’re capturing 15 times more data from the VR version because we’re separating out where the head looks and where the boat’s moving.” The findings of the first game were presented at an international meeting of neuroscientists in 2016. It showed someone’s sense of direction declines consistently after their teenage years.

The data also suggested men have a slightly better sense of direction than women and that the Nordic nations outperform the rest of the world, although it is not yet clear why.
Prof Christophe Hoelscher, chairman of cognitive science at ETH Zurich, said: “No project ever has collected data from 3 million people of real interactions in this depth.
“That allows us to do a number of analyses that you would never be able to do with classical studies.”
The group does not expect the same number of people to take up the virtual reality update – VR headsets are not as popular as smartphones.
However, they do expect to get far more data than would ever be possible in the laboratory.

The project, which is funded by Deutsche Telekom, has a long way to go, but the ultimate aim is a test that can pick up dementia in its earliest stages.
Eight-hundred-and-fifty-thousand people are already living with the disease in the UK. That figure is forecast to reach 2 million by 2051.
Most will have had the disease for more than a decade before their symptoms appear.
Dr David Reynolds, of Alzheimer’s Research UK, said: “What we really want to be doing is identifying people with dementia 10 or 15 years earlier than we do at the moment.
“A game like Sea Hero Quest and understanding how we navigate will help us get to that much earlier diagnosis.”
There are no drugs that can prevent or slow dementia. But it is widely accepted that they will work only if doctors can get them to patients long before symptoms appear and the brain is irreversibly damaged.

(CLICK HERE TO SEE VIRTUAL TOUR – Close the map with the cross or map... Read More

The Enchanted Forest is a light show that takes place every year in Faskally Woods,... Read More

Slessor Gardens in Dundee has hosted many concerts over the last year including Little Mix,... Read More

Within many businesses there are a lot of reports that need to be written for... Read More

With the festive season in full swing, many families will be making their annual visit... Read More

When you have special access requirements it can be difficult to visit a venue, especially... Read More